Here you can see all of the exciting and interesting investigations we have carried out.

Time Peake has been setting lots of challenges for children in schools. One of his challenges was to grow seeds which had been up into space, to see if they would still be able to grow. We have grown our our seeds and thought carefully about the conditions needed for plants to grow healthily.

What has Uncle Astro put in the bag for Cosmic and Gem to explore? They think the bag has parts of trees inside but they are not sure. They want to find out more.

Did you know the first voice ever heard on the telephone was that of Alexander Graham Bell in 1876. You can hear your friend because sound travels in waves, moving along the string. The cups act like speakers making the sound louder - amplifying it.

Be Seen, Be Safe

"I nearly knocked these two off their bikes," grumbles the policeman. "They were riding round, no lights and just look at what they are wearing! No wonder I couldn't see them." "Oh dear!" says Aunt Stella. "We need to make sure you can be seen and be safe in the dark. I wonder what we could do?"

Gem and Cosmic are on their way to the school party. Oh no, disaster! Gem has fallen over  and landed in a muddy puddle. Her t-shirt is very dirty. "I am sure there is something we can do," says Aunt Stella kindly. "We just need to think about it."

Cosmic and Gem are having breakfast with Uncle Astro. Gem is tapping tunes with her spoon to make sounds. Cosmic notices that the tune sounds different after he has poured fruit juice out of the bottle and the mugs are filled with tea.

At the scrap yard, Gem spots a mouse carrying a piece of sponge from an old car seat. "Where could it be going with tha?" she wonders. Down the hole where the mouse has gone there's a big pile of scrap yard scraps that the mouse has collected. "Do you think all those things will keep it warm?" asks Gem.

"On your marks," shouts the starter. She holds the starting gun in the air. The runners get into their starting positions. Everyone is cheering for their favourite runner. "Come on Uncle Astro!" yell Cosmic and Gem. The starter pulls the trigger...Oh no!The starting gun has broken. How will they start the race?

Poor Uncle Astro. He wants to make a nice cup of tea but he’s run out of tea bags. The shop is only selling packets of loose tea leaves. Uncle Astro doesn’t like tea leaves floating around in his drink, so Cosmic and Gem wonder if they can make him some tea bags. 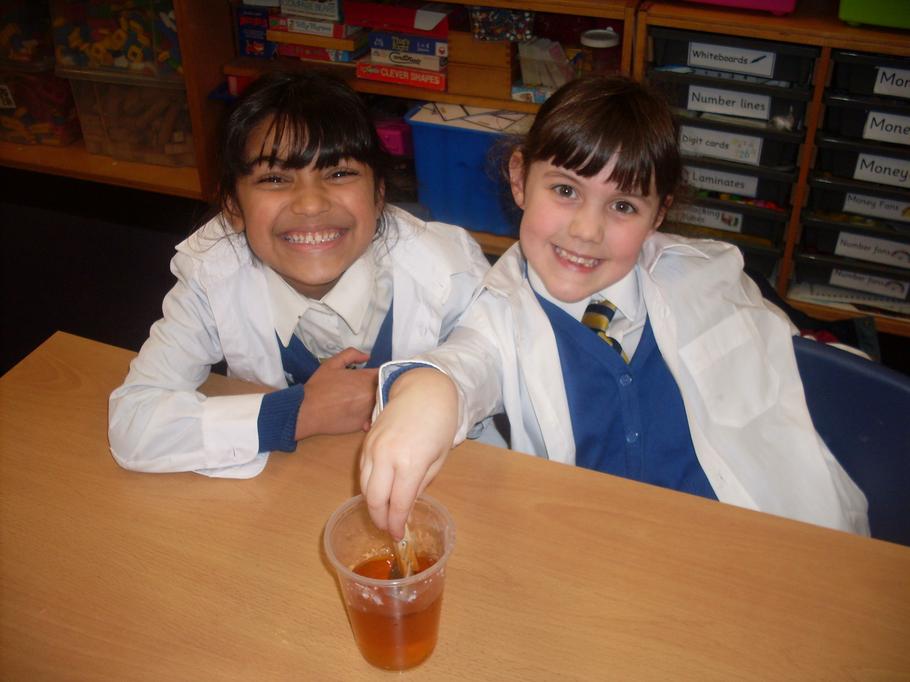 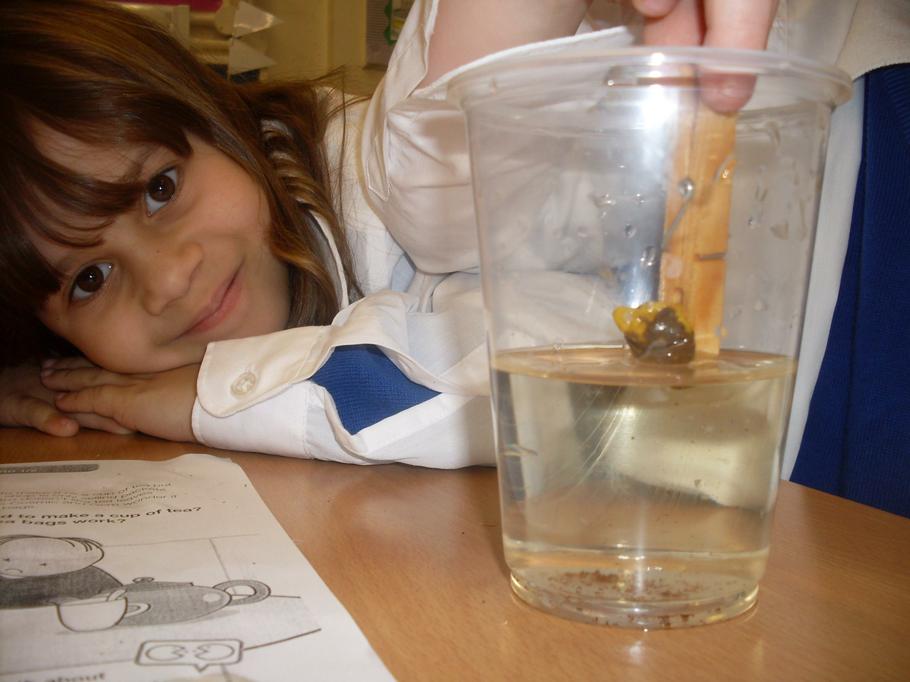 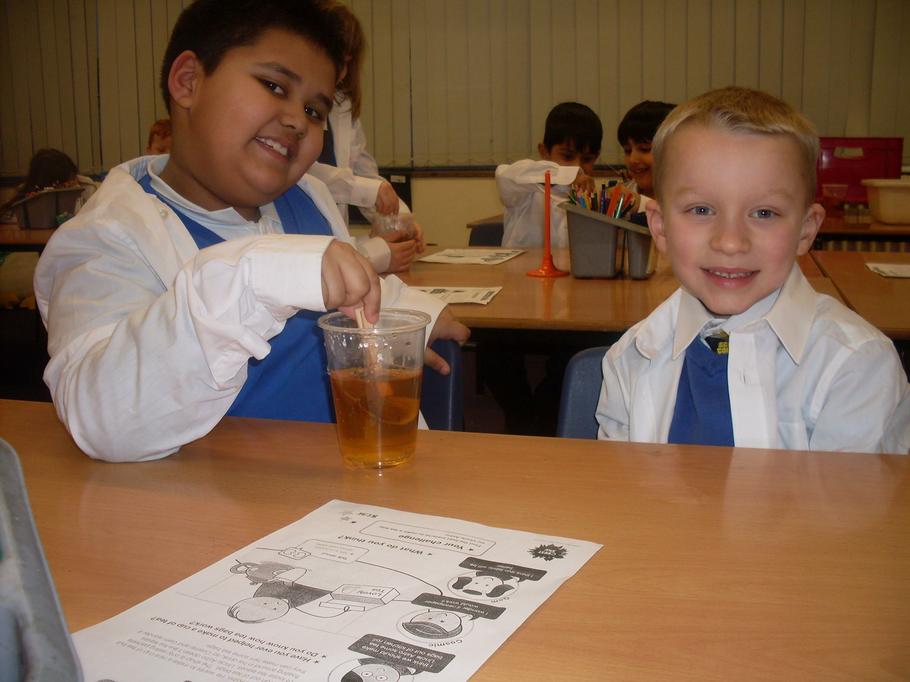 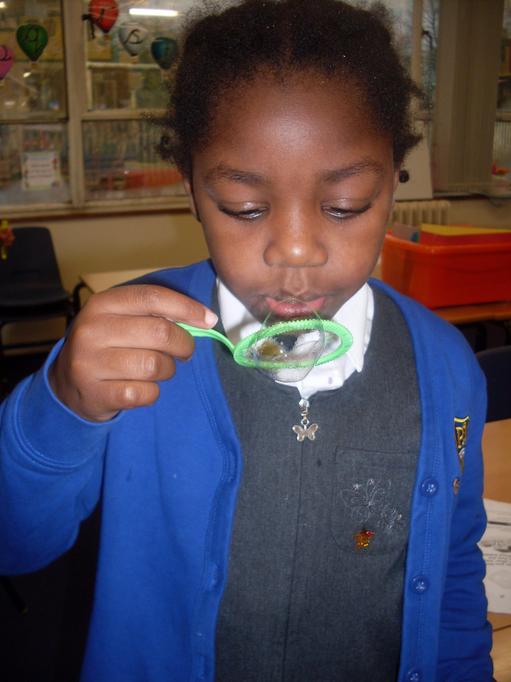 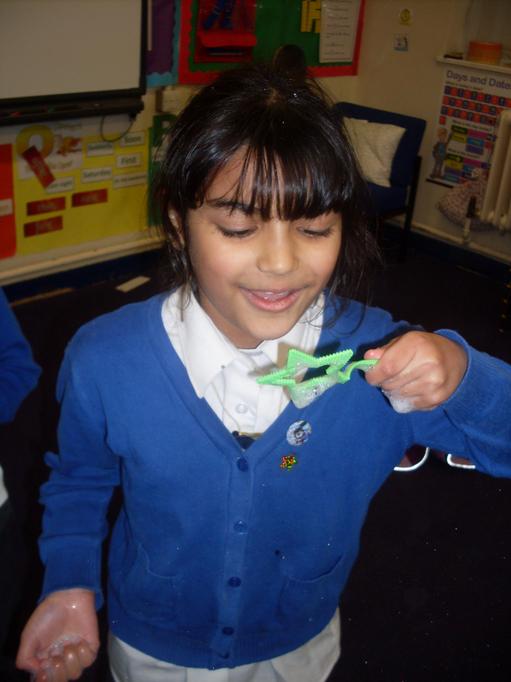 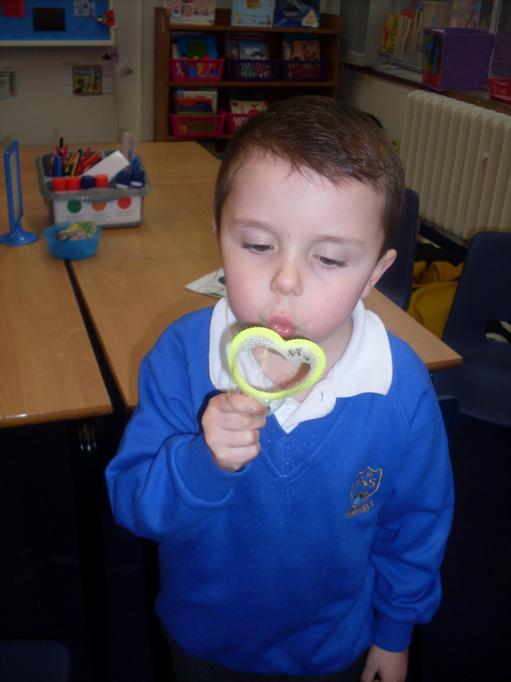 Gem and Cosmic want baked beans for lunch but Uncle Astro’s cans don’t have any labels! Gem picks up one of the cans. "I wonder if the way they roll might help us to work out what is in each can?" says Gem. "Let’s see if we can find out." 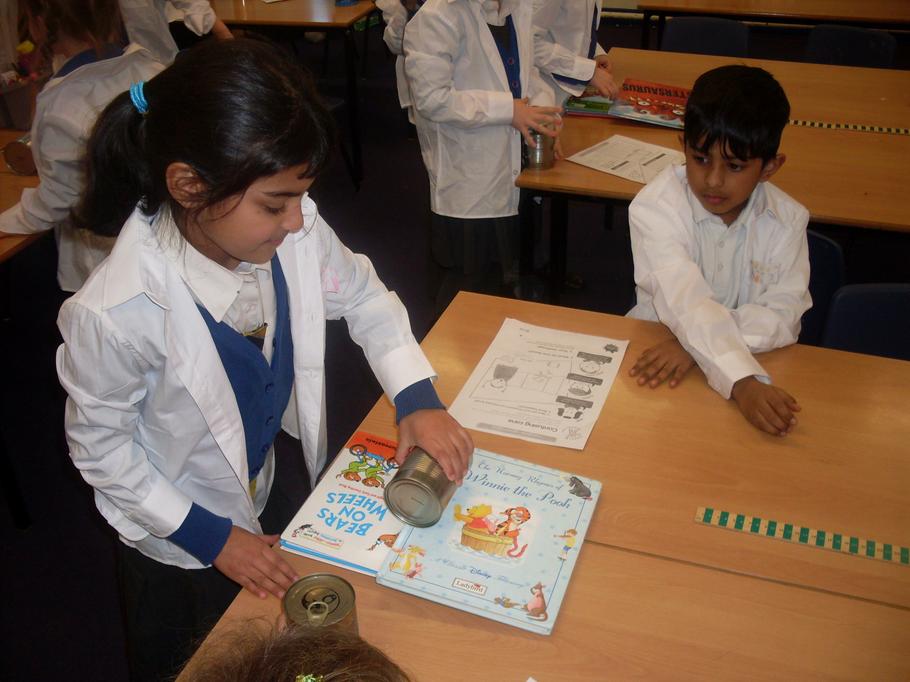 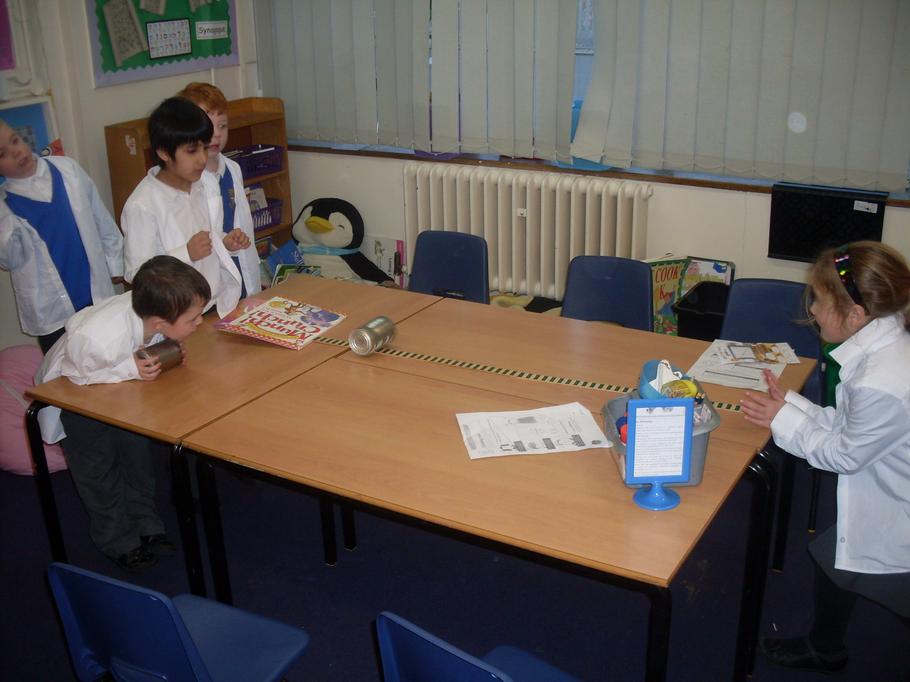 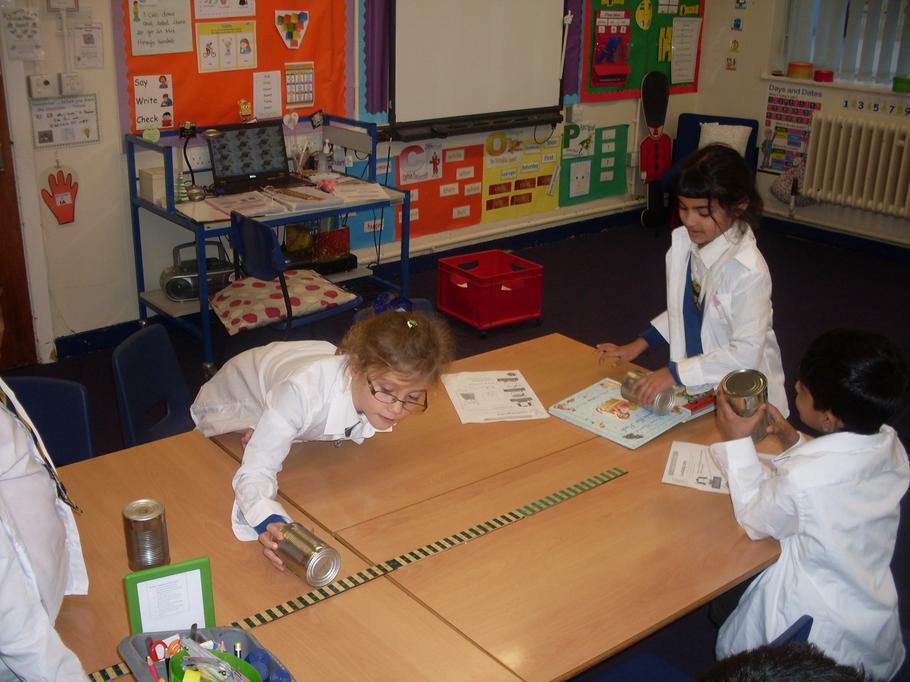 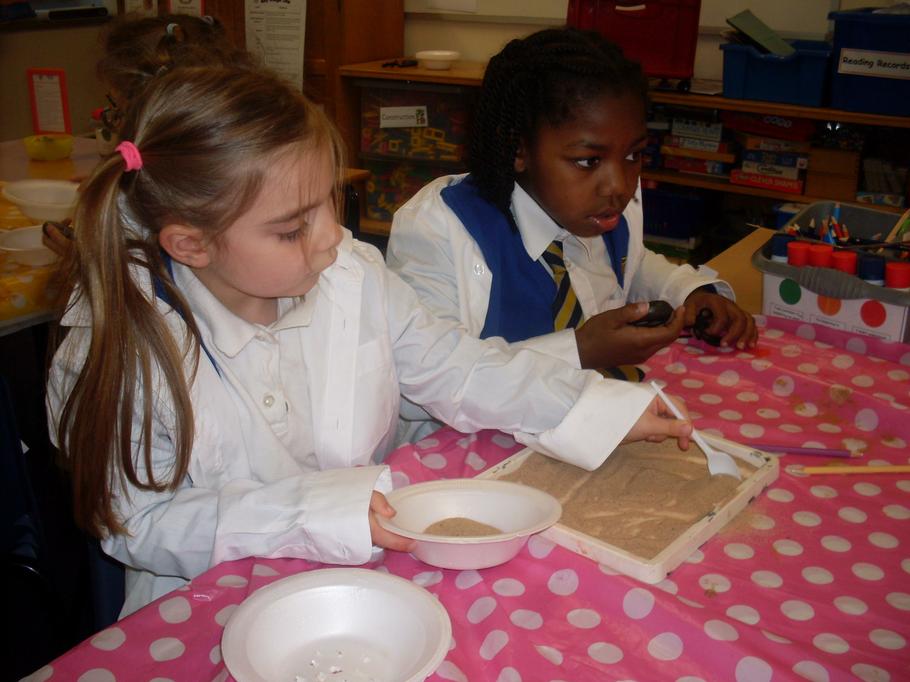 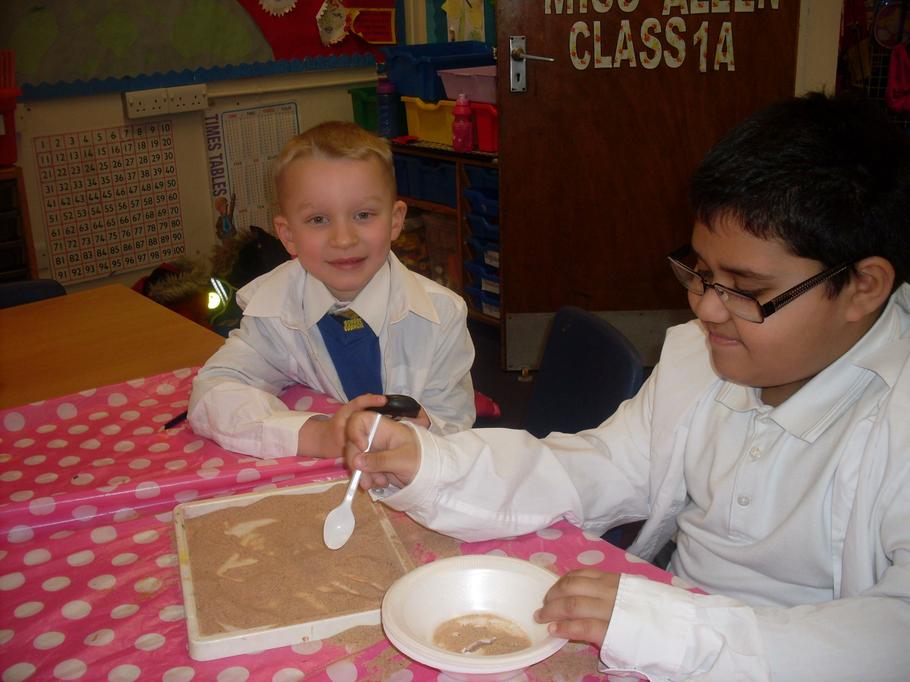 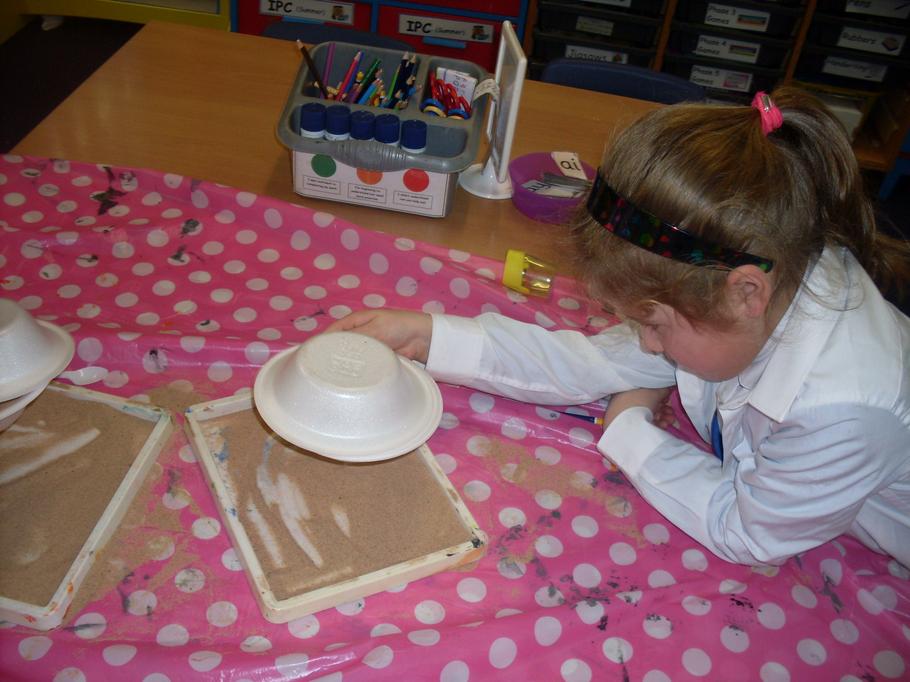 Cosmic has found a plant growing out of the pavement. He can’t work out how it got there. Plants grow in gardens, not pavements – don’t they? Cosmic and Gem need to be plant detectives and look for clues! But where should they look to solve the mystery? 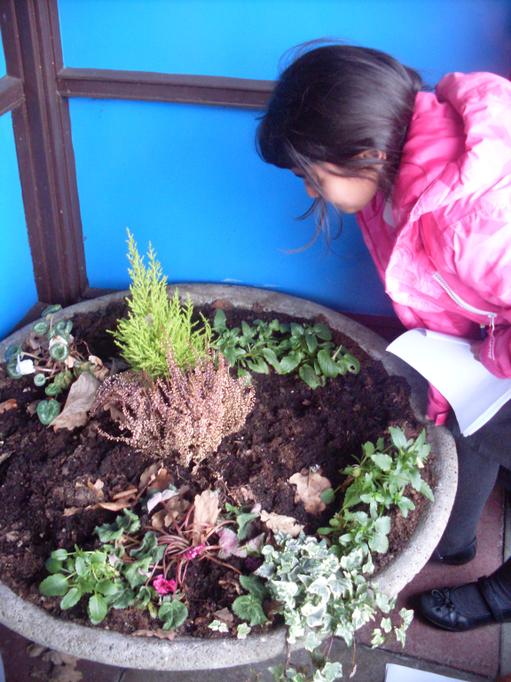 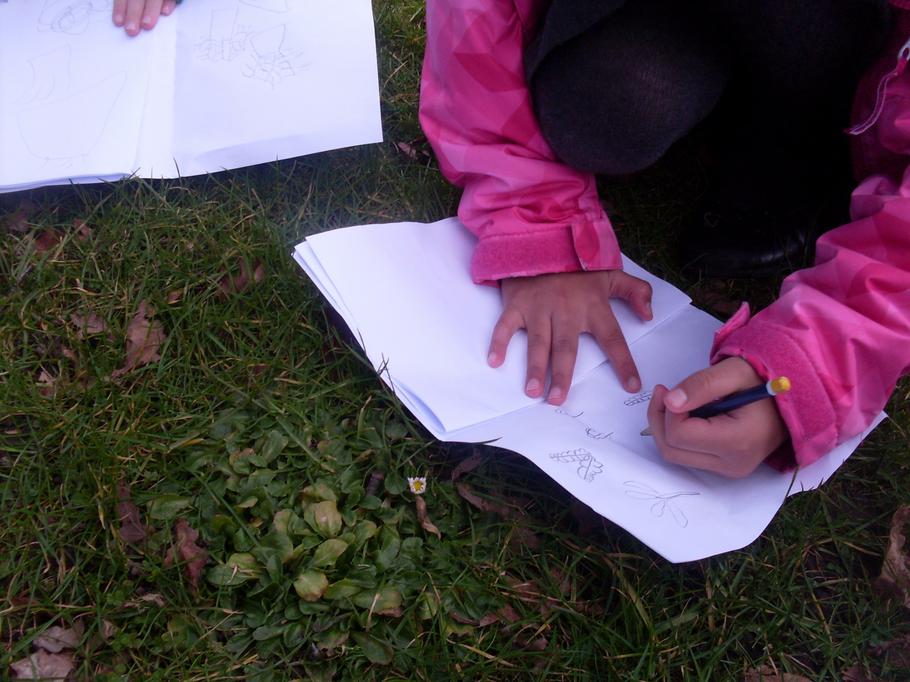 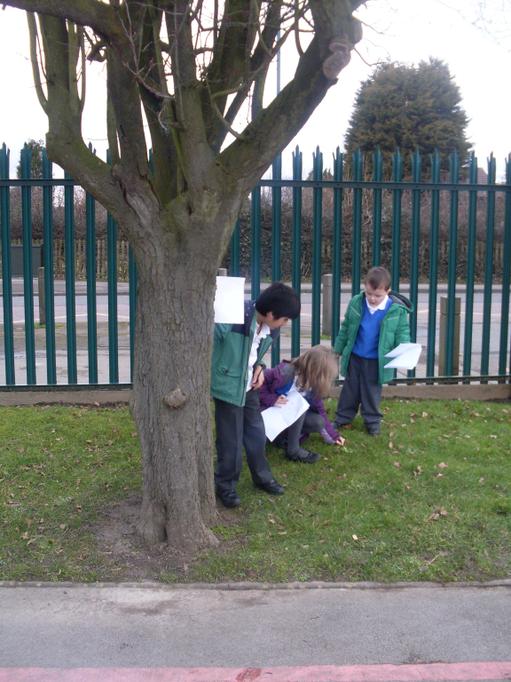 Cosmic has lost his shadow. He knows that it was with him all day but now it is missing. Gem and Aunt Stella try to help him to find it. Gem finds it under the street lamp and Aunt Stella finds it on the wall. Where has the sneaky shadows been hiding? 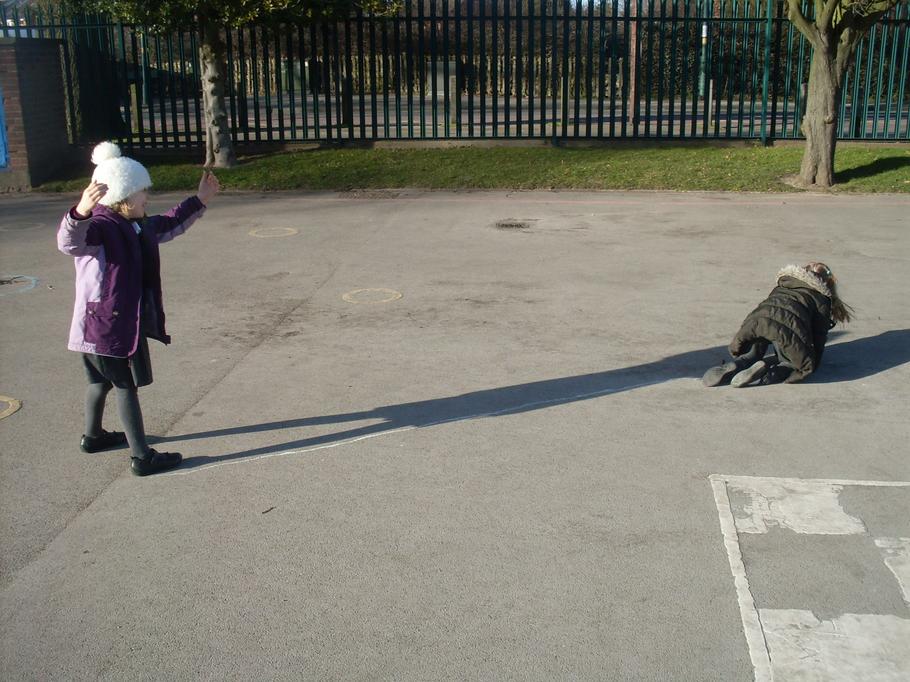 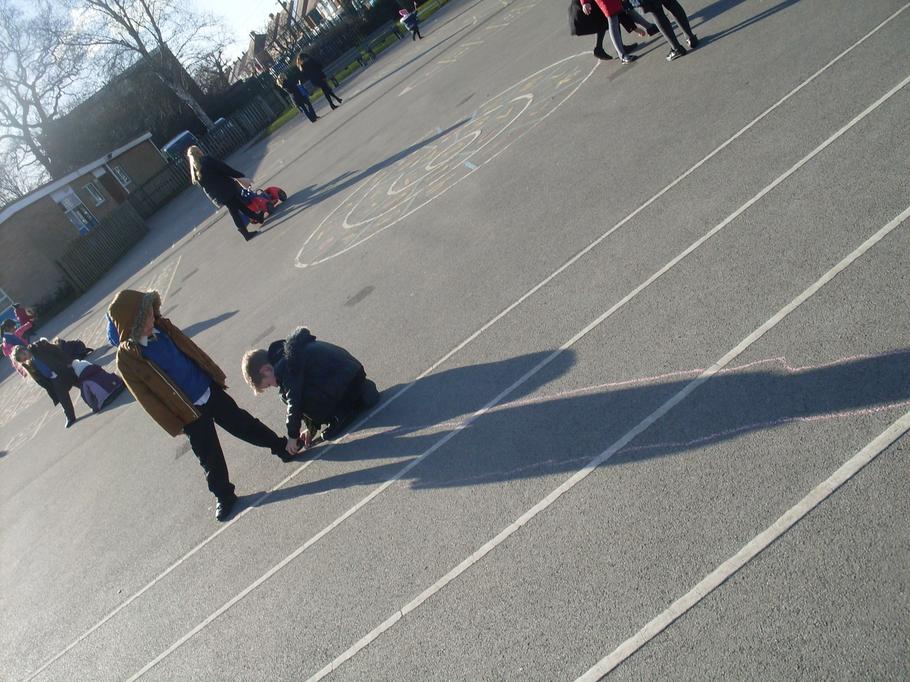 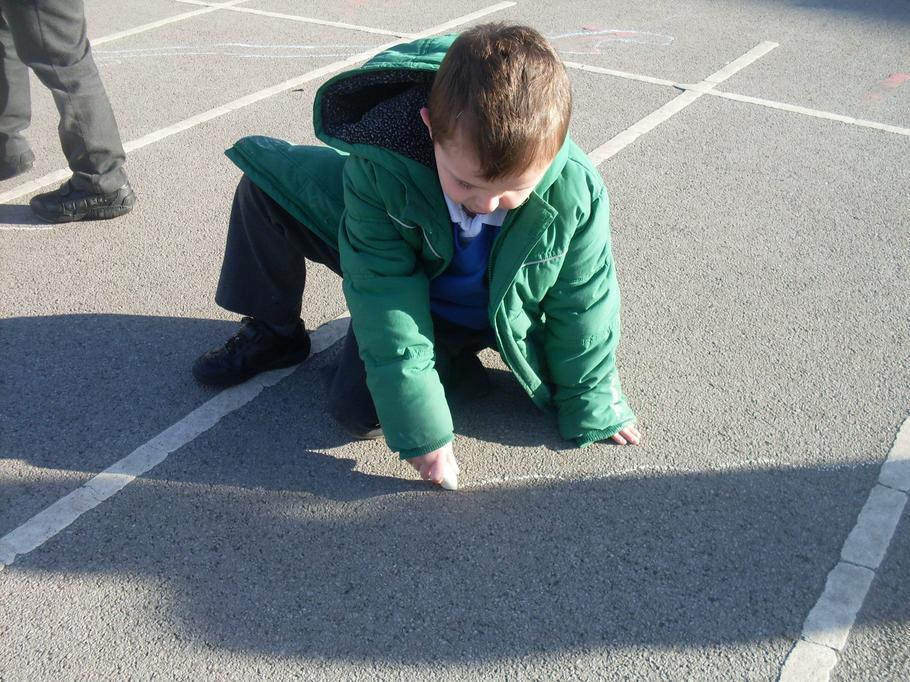 It’s a lovely sunny day. Cosmic and Gem are going for a ride on their scooters. Aunt Stella suggests they have a race. Three, two, one and they’re off! Cosmic is on the grass. He’s in the lead and scooting as fast as he can. Then Gem whizzes past him on the path. Cosmic is surprised. How did Gem do that? What do you think? 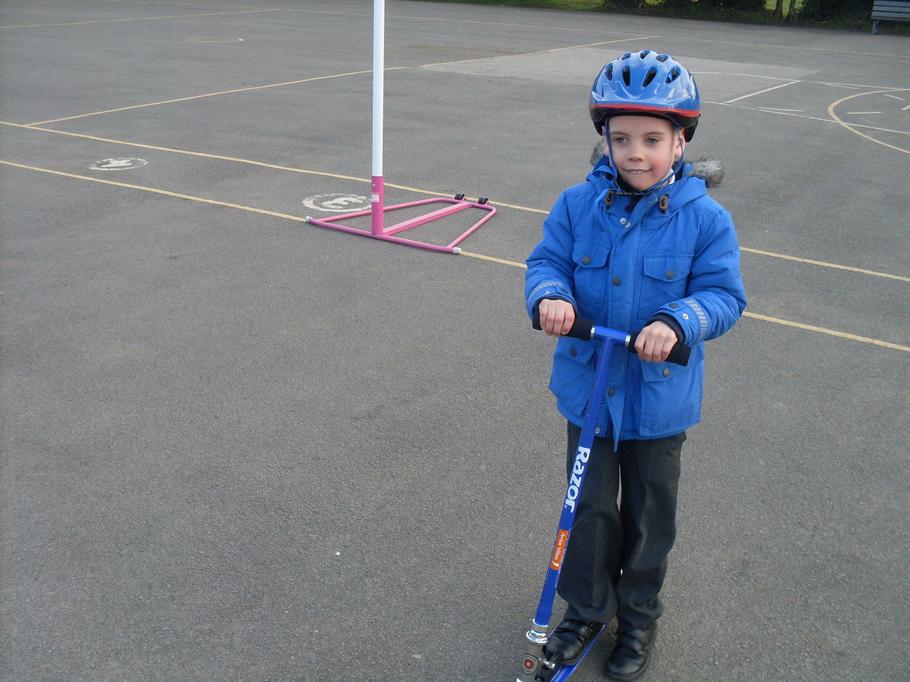 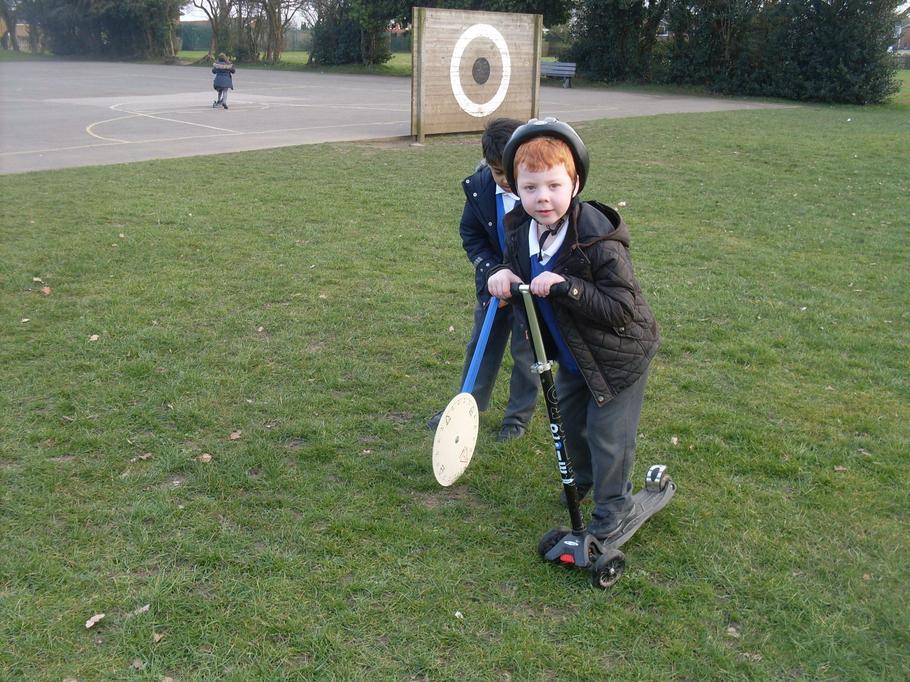 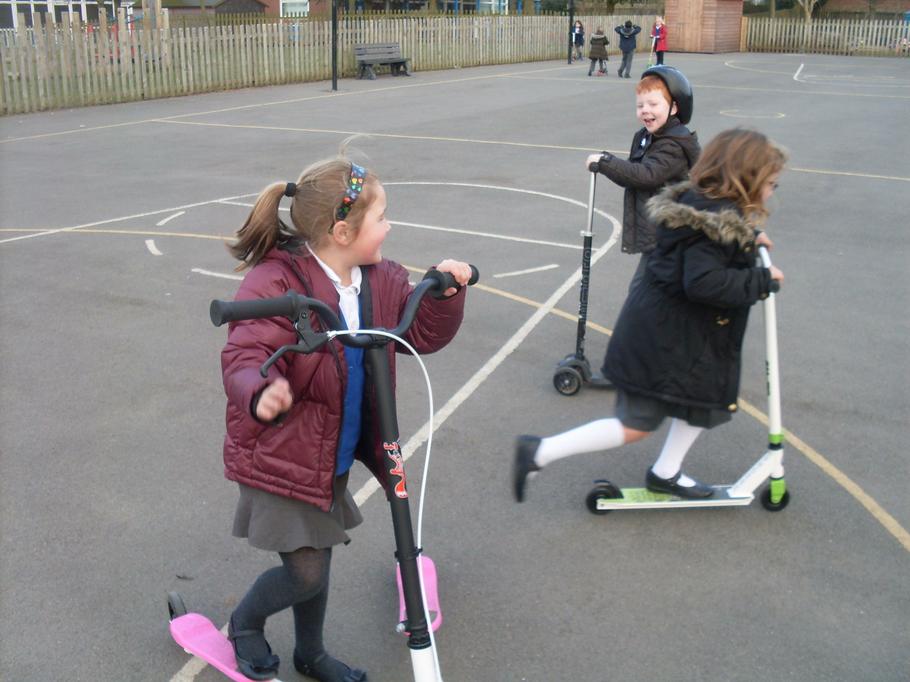